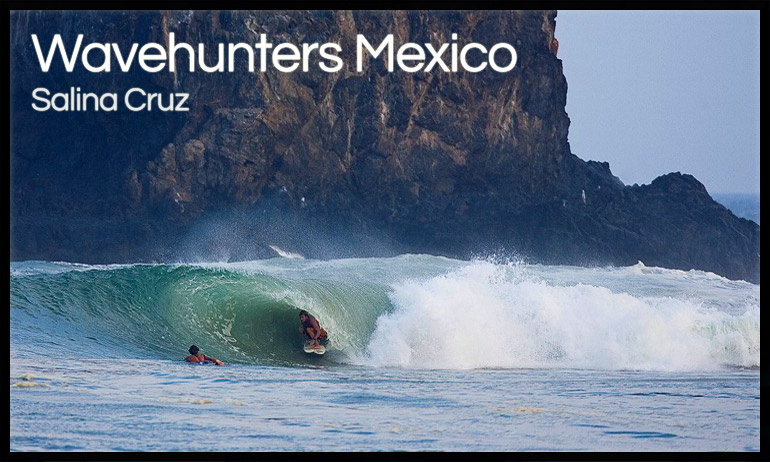 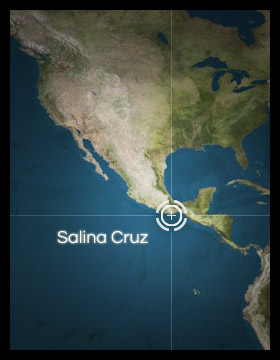 Wavehunters' Salina Cruz Surf Camp is an adventure surfing outpost located next to the world's best right hand sand point breaks. The base camp, also known as "Casa El Mirador" was established in 1999 as the areas first surf camp and is still 100% locally owned and operated. Located on one of the highest hills in Salina, the camp provides a 360 degree view of the areas waves, city and mountains. With proven local knowledge & top level guides we invite you to come experience some of the best surf, food and culture that Mexico has to offer... the wave of your life is right around the corner!

The arid badlands that border the Gulf of Tehuantepec are reminiscent of the Central Baja and are no more hospitable. Access in this area is difficult and sketchy, and because of the variety of set-ups and changing wind, swell and tide conditions, an experienced local surf guide and 4x4 truck is essential. Wavehunters and Salina Cruz Surf Tours has its own 4x4 fleet of off-road trucks and is ready to handle all your transportation and expert surf guiding needs and bring you the experience of a lifetime.

Salina Cruz is port city in southeast Mexico in the State of Oaxaca and is located a few hours south of Huatulco and Puerto Escondido. Once a fishing port that gave shelter to boats in various cooperatives, has now turned into Oaxaca's most important industrial center.  In recent years, it also has started to be known internationally for its world-class waves! The airport is located 2 hours from Salina Cruz in the beautiful city of Huatulco. Between Salina Cruz and Huatulco there are around 17 surf spots. The area is also known for very good fishing and diving do to its crystal clear water and abundant sea life including tuna, mahi mahi, turtles and dolphins. The climate during the surf season can be hot and humid with air temperatures in the low 90’s F - 32 C and with water temperatures running right around perfect.

Located in Southern Mexico in the state of Oaxaca lies one of the most consistent wave zones in the entire world, picking up the same powerful southern swells that slam Puerto Escondido. With numerous point breaks and countless nooks and crannies, your wave selection is vast.  Although there are great waves throughout the region, most surfers come to experience the flawless point breaks of Salina Cruz. Each point is its own animal, but all have one thing in common, they get epic. Standout spots tend to barrel more critical, while other waves offer highly rippable walls to perfect your cutty . There's other waves too. Ohhh... you thought it was all point breaks? Nah...barreling beach breaks and ideal jetty setups are peppered throughout the region to spice things up. There's really something for everybody... pack your bags.

Just when you thought you traveled all that way to surf long point breaks you find yourself in empty barreling peaks with your mates. Yep... there's other surf and it's mental! Miles of offshore beach breaks, rippable jetty setups, and a handful of heavy sand banks are all close to home. Sometimes when the wind is wrong at the points, the beach breaks may be on fire with clean conditions all day. All these other spots tend to pick up a little more swell too, so it a nice option if the waves get smaller.

Casa El Mirador was established in 1999 as the areas first surf camp and is still 100% locally owned and operated. Located on one of the highest hills in Salina, the camp provides a 360 degree view of the areas epic waves, city and mountains. Come join us and experience some of the best surf, food and culture that Mexico has to offer.

Our Amenities Include The Following: